(originally posted at Through the Tollbooth)

In a fantastic post on the Pippin Properties blog last month, author Kathi Appelt told the story of how she came to write her new, humorous middle grade novel, The True Blue Scouts of Sugar Man Swamp. When a friend encouraged her to write something funny, she says,

“My first reaction was Huh? Why funny? What was significant about funny? And furthermore, could I even write something funny? Besides, who takes funny seriously?”

Now, I’m happy to report that loads of people are taking The True Blue Scouts seriously, and it’s earned a slew of starred reviews. Kathi herself goes on to say in her blog post that she’s glad she didn’t let her early fears of not being taken seriously hold her back from writing the book. But her post struck a chord with me because her fears are so familiar to me. I write funny books (or at least I try to make them funny); am I doomed never to be taken seriously?

I think my fears and Kathi’s come from the widespread cultural assumption that if something is fun, it can’t possibly also be good for you. But I refuse to believe that funny books are the sugary, artificially colored cereals of the literary world; I think humor can be nutritious, and it can help young readers to grow just as strong as more serious offerings can.

Here are just a few of the reasons why I think humor is well worth taking seriously:

I’m very excited that my great local independent bookstore, the Penguin Bookshop in Sewickley, PA, will be selling signed copies of MAGIC MARKS THE SPOT. You’ll be able to find the book in the store, but if you don’t live nearby, you can order a copy from their website and I’ll sign it for you! Thanks to everyone at the Penguin who is doing the tough, wonderful work of running a small store and providing great reads to the community.

I’m sitting at my computer and eating pie for lunch, which is a completely appropriate thing to do when it’s the day after Independence Day and you still have seventy-five percent of a homemade pie sitting in your refrigerator. In such a situation, eating pie for every meal is both responsible and practical. Don’t let anyone try to tell you otherwise.

This piece of pie may be one of the most exciting things in my life right now, but some other exciting things have been happening too. MAGIC MARKS THE SPOT’s publication date is only 2 months away, and the final files have been sent to the printer, which means that it is now too late to fix that giant mistake on page 174 where, for several paragraphs, all of the characters turn into red pandas. (Actually, have you seen a red panda? Those little guys are ridiculously cute. Maybe this wasn’t such a big mistake after all.)

I’ve also nearly finished revising VNHLP book 2 (which does have a title, though I think I’ll hold off on sharing it for a while longer). Here’s a weird fact about the publishing process: Since it can take a year or more between the time when a manuscript is finished and the time when the book is published, authors can often write an entire second book before their first book hits the shelves. By the time MAGIC MARKS THE SPOT is released, I’ll be working on copyedits for book 2 and starting to write book 3. In other words, I’m already planning the end of this trilogy when almost no one has gotten a chance to read the beginning of it yet. Weird, right?

So I thought I’d catch you up by sharing a sneak peek of a few things you can expect to see over the course of the books.

In MAGIC MARKS THE SPOT, you will find:

In VNHLP book 2, you will find:

I haven’t written the third book yet, so I’m not quite sure what you’ll find in it. Maybe you could leave a comment letting me know what you think should be in book 3.

One final piece of business: The fabulous team at Harper Children’s is holding a giveaway of 20 advance copies of MAGIC MARKS THE SPOT! You can enter the giveaway through Goodreads.

As I’m sure you can tell if you’re reading this post on my website, the site’s gotten a bit of a facelift in the past few days. I think it’s absolutely beautiful, and I hope you do too! My writer-and-illustrator friend Ingrid Sundberg drew all the illustrations, and WebsyDaisy designed and built the site. Please check out more of their work and get in touch with them if you’re ever in need of a new or updated site–they are both wonderful and talented!

A quick note about the artwork: If you scroll down to the bottom of this page, you’ll see that the aliens are eyeing a stack of books made up of some of my favorite titles: Howl’s Moving Castle by Diana Wynne Jones, A Wrinkle in Time by Madeleine L’Engle, Half Magic by Edward Eager, The Dark is Rising by Susan Cooper, and I Capture the Castle by Dodie Smith. Some of the books in the stack don’t have titles visible–I imagine those are the books the aliens chose, and I’m not entirely sure what their taste is like.

I had a great trip to New York at the end of May, speaking on a middle grade panel at BEA and signing galleys for lots of lovely booksellers, librarians, and readers (and parents of readers). Thanks to everyone who came by to say hi or grab a copy of Magic Marks the Spot! We ended up running out of galleys at the signing, so if you were waiting in line and didn’t get one, I’m really sorry! I hope you got lots of other excellent books to tide you over.

During my couple of days in NYC, I got to meet lots of the wonderful people at HarperCollins who are working behind the scenes on my book and the rest of the children’s list. It was very exciting to meet them, especially since I’m not at all used to meeting people who have actually read the book. (Usually, if I start talking to strangers about pirates and gargoyles, they give me funny looks and edge away slowly, but these nice people did no such thing.) I also got to spend time with some good writer friends, and at the end of my trip, my lovely host Kathleen Wilson indulged my inner tourist and showed me around Central Park and Rockefeller Center. I have been catching up on sleep ever since.

Let me know how you like the new website, or if anything’s not working the way it should. Hope everyone’s summer is off to a brilliant start!

At the end of May, I’ll be in New York City to attend Book Expo America, where Magic Marks the Spot is featured as a middle grade buzz book! There will be advance copies of the book available at the HarperCollins booth, so if you’ll be at BEA, you can find out what happens to Hilary and the gargoyle three entire months before the rest of the world does. (You’ll also get a peek at the wonderful interior art by Dave Phillips.)

For expo-goers, here’s the handy list of VNHLP-related events at BEA. All these events will take place on Friday, May 31: 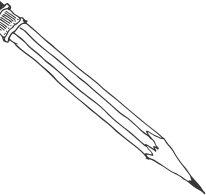